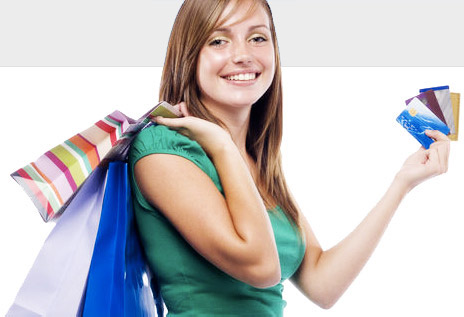 Earn money or bonuses with opinion polls? Thanks to mysurvey.com this is not a problem. Registered users of mysurvey.com can take part in various online surveys and receive attractive rewards for this. The prizes can be redeemed online (e.g. at Amazon) or offline (e.g. at Karstadt). We explain how mysurvey.com works here. 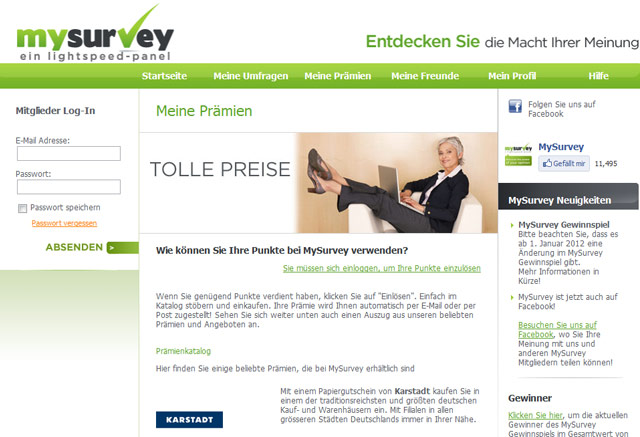 The online panel mysurvey.com makes it possible to get attractive rewards through just a few surveys. The principle is simple. Registered users receive surveys from mysurvey.com at regular intervals. Participants receive points for completing the questionnaires. The user receives attractive rewards for points collected. It is up to the user to choose these rewards. We clarify the most important questions about mysurvey.com.

The online panel mysurvey.com belongs to the British opinion and market research institute Lightspeed. The company has existed since 1946. In recent years, the market has increasingly opened up to the Internet. The activities of mysurvey.com therefore run online. Users can register at mysurvey.com and then receive invitations to online surveys.

The surveys are mostly commissioned by large and medium-sized companies. You want to find out what users think so that you can assess whether new products or developments are promising. For the surveys, mysurvey.com receives money from the companies that commission the online panel. Some of this money is returned to participating users via the awards.

Does taking the surveys cost anything?

Participation in the surveys of mysurvey.com and registration are completely free of charge. Anyone who wants to take part in surveys can do so risk-free and free of charge. In return, you receive bonuses for completing the questionnaires. So participating in mysurvey.com is primarily a way to earn money or bonuses on the side.

However, the service is not free for companies that conduct surveys via mysurvey.com. The companies pay for the services of the online panel and thus also for the participation of the users. Members of mysurvey.com get part of the income generated in this way in the form of bonuses.

What happens to the survey results?

The survey results are usually used by the companies that commission the online panel. The questionnaires tell companies what potential customers want and how they assess existing products. In some cases, the results of surveys are also used to determine market figures. These are used, for example, in the business and financial press.

The survey results are primarily interesting in their entirety. So it is less about the opinion of the individual and more about that of all users. Nevertheless, participating in the questionnaires gives you the opportunity to express your own views and opinions. These things may be taken into account in products of tomorrow and the day after tomorrow.

Who can participate and how does registration work?

Only one user may participate in mysurvey.com per household. In addition, each user needs their own email address, as this is linked to the registration with mysurvey.com. After successful registration you will receive a confirmation that you have to confirm back. You can then use mysurvey.com and take part in surveys.

What data does MySurvey.com receive?

The online panel mysurvey.com primarily receives the data that the user makes when filling out the questionnaires. Personal information must also be provided when registering. These affect, among other things, age, gender, profession or income. Mysurvey.com uses this information to select suitable surveys for each user.

The surveys are selected by the online panel. Of course, the operator guarantees compliance with data protection regulations. It should be clear to every user that personal data must always be released when participating in an online panel. Users who are concerned about this should generally refrain from participating in surveys of this type.

What rewards do you get at MySurvey.com?

The user selects the awards at mysurvey.com. This also includes the time of redemption. So if you do a lot of surveys over a longer period of time, you get a lot of points and can receive a valuable bonus. If the points are redeemed more quickly, the premium is lower. The awards are usually vouchers.

The vouchers can be redeemed at various partners. One such partner in the online area is Amazon. There are offline vouchers, for example, from the Karstadt department store chain. However, there are also awards from other providers, such as Neckermann or Webmiles. Users who prefer donations instead of rewards can do so to charities like Unicef.

How much can you earn with a survey?

The question of the value of a survey cannot be answered uniformly. The amount of the points depends on the type of survey and the effort required to complete it. For example, there are projects that run over a longer period of time and therefore require frequent collaboration. Such surveys are of course better paid than those that only have to be carried out once. In general, one can say that normal online surveys are usually rewarded with points between 120 and 220 points.

Vouchers worth 5 euros are available from 700 points. However, higher-value vouchers can also require up to 3,000 points. So the value of a survey fluctuates quite a bit. It should also be noted that mysurvey.com itself determines whether and when surveys are allocated. This depends among other things on the personal data of the user and the demand of the companies. How long it takes you to earn the first bonus varies individually.

How much does it take to participate?

The questionnaires take different lengths of time. Of course, this depends primarily on the scope of the survey. However, one can say that extensive questionnaires are rewarded with significantly more points. Simple questionnaires usually only take a few minutes. However, there are surveys that run over several days and are continually being worked on. In such a case, the effort is of course higher.

The frequency in which questionnaires are assigned is determined by the selection of the provider. So it can be the case that you sometimes receive a large number of surveys in a short period of time or that you do not receive new questionnaires over a longer period. It can also take several weeks for points to be credited. This also depends on the duration of the survey. Mysurvey.com is primarily interesting for users who are permanently interested in the topic of online surveys.